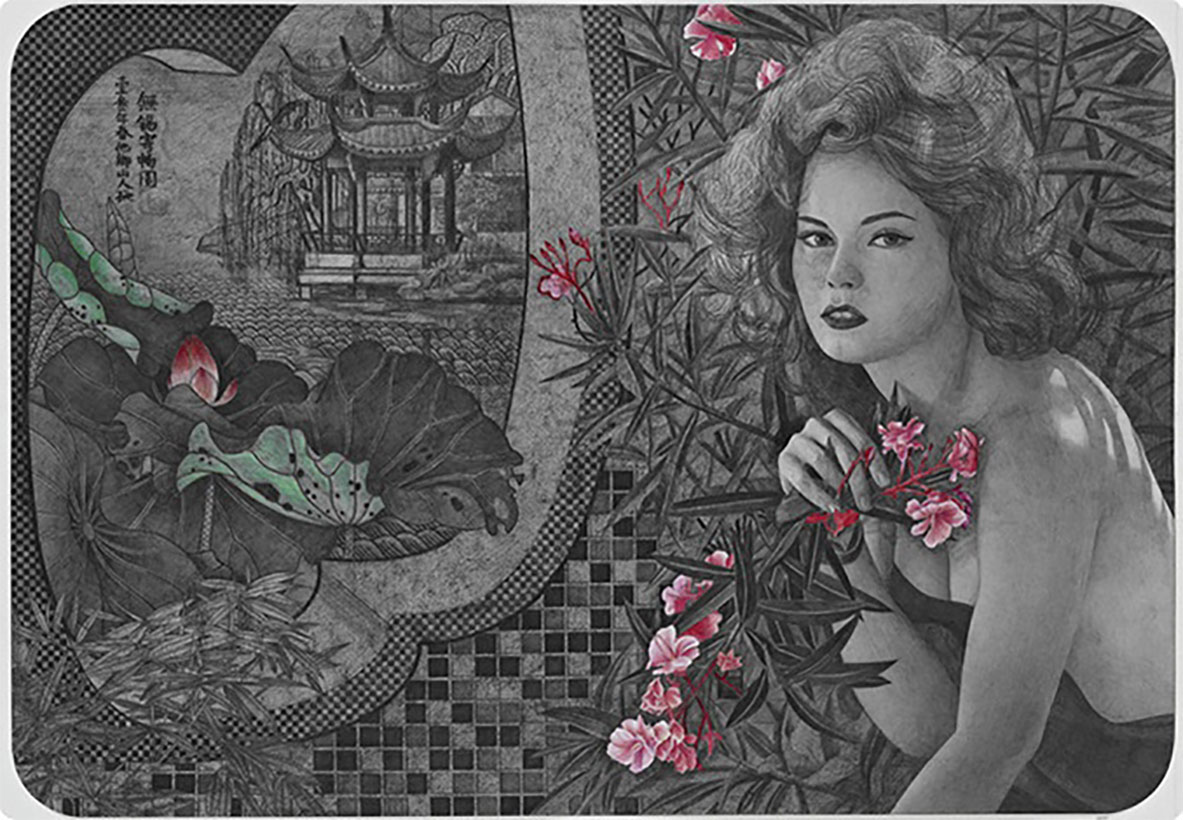 PLURALITIES OF TASTE IN A GLOBAL VILLAGE

Our world is a vastly interconnected one. It’s almost a truism, by now, after decades of being inundated with promises of the transformative potential of globalisation and network technologies. Across the political spectrum, expressed in various art forms, interpretations and predictions concerning this increase in connectivity vary wildly, ranging from starry-eyed utopianism to warnings of dire calamity. And while the extent of economic and socio-cultural globalisation may vary wildly, and be subject to debate, the networking of the world is less contentious. More than a third of the world now has access to the Internet, exchanging over an exabyte of data daily – the rough equivalent of fifty thousand years of continuous video playback.

This rise of interconnectedness, which is gradually relegating geographical location to a secondary role, is often cast as a bogeyman of sorts, as the bringer of economic, social, cultural, and aesthetic homogenisation – the latter, in particular, being described as a convergence of tastes; a Coke in every fridge and a Klimt print in every living room. It’s the popular perception of McLuhan’s ‘global village’ – a situation of tranquility, uniformity, and, ultimately, sterility. Of course, it’s worth noting that McLuhan did not see a global village in such terms, arguing instead that the denseness of interconnection would give rise to maximal disagreement and discontinuity.

A similar thread might be seen in Nicolas Bourriaud’s proposal of radicantity (and radicant aesthetics) as an alternative to the contemporary project of radicality. Both terms are botanical in origin; radicality indicates a singular root, to which the arborescence of aesthetic practice may be simplified or traced to, suggesting unity and origin.

Radicantity, on the other hand, indicates multiple roots in motion, as with creepers and other climbing plants. It places an emphasis on translation, transplantation, trespass and exchange in a heterogenous world – saying, essentially, that while we all might have begun in some place or another, it is no longer a crucial determinant in a world in which we move about and communicate with others across the globe.
Without focusing on the content of an artist’s practice, this multiplicity of roots may be simplified to the question of considering the context of an artist’s birth, education, and places of work, with artists in the 21st century being more mobile than ever (informationally and physically), enabled by the infrastructure of affordable network access and air travel. It is no longer particularly unusual for an artist to be raised in one country, educated in another, and to go on to work in multiple countries – at which point the questions of origin and influence take on a decidedly post-national cast.

Instances of this are readily available – Chun Kwang Young was raised in rural, post-war Korea, where he would embark on studies that would eventually lead him to the United States. Fabienne Verdier’s childhood, on the other hand, was spent amidst the upheavals in Paris in the late 60′s, after which she would go on to study in Toulouse, and then Sichuan. A similar pattern may be seen in Qiu Jie, whose studies would take him from Shanghai to Geneva.

In each instance, these re-locations and shifts in contexts are followed thereafter by careers which span much of the world. Their output, though widely disparate, can be said to share a common feature – they reflect, in a sense, these successive uprootings and re-rootings, of shifts in language and social systems, techniques and iconographies. Not necessarily as stable syntheses of disparate traditions, but as an active state of translation between them, rather than the implied finality of a synthesis.

For instance, Chun Kwang Young’s practice emerges from the collision of the relatively conservative culture of rural Korea with the ephemerality of disposability and consumerism found in the United States. Rather than retreating from these contradictions, he chose to incorporate them in an approach coloured by Abstract Expressionism, utilising both traditional Korean mulberry paper and industrially-produced packing materials, like styrofoam.

Similarly, Fabienne Verdier departed the conceptually-driven art-world of France in the mid 70′s; in seeking the roots of classical Chinese aesthetics, she found herself in the shadow of the Cultural Revolution’s aftermath. She found herself adapting to both Mandarin and Sichuanese to explore the tradition of calligraphic abstraction, leading in turn to her re-discovery of the Western tradition of painting upon returning to Europe – a roundabout journey of many years that honed her practice, translating both the Eastern calligraphic and Western abstract approaches into her own form of harmonious spontaneity.

Of course, this tendency towards increased mobility can hardly be examined from the point of view of artists alone, given that the market is, by and large, far more mobile. Curators, collectors and gallerists now criss-cross the globe, keeping up with the proliferation of international fairs and biennales – many of the major fairs, galleries and biennales are of relatively recent vintage, with the number of such exploding since the 60′s. As these blockbuster events shuttle from city to city – constituting an evanescent ‘floating world’ of sorts, as globe-trotting curators and collectors find themselves transplanted from one context to another, replete with differences.

Traditionally, collectors in newly-rich economies would tend towards the early modern artworks of their home nations, both out of a sense of familiarity and patriotism, with a gradual branching-out over time. However, the net effect of today’s mobility, network density and interconnectivity might be summed up as an ever-increasing drive towards a globalisation of taste and collecting, encouraging more collectors to venture beyond their own borders.

Far from being a harbinger of a global convergence of taste, however, this supporting infrastructure of taste and aesthetics, with its similarities and parallels to radicantity, suggests instead the possibility of McLuhan’s own vision of the global village – one marked by discontinuities and diversities of thought and culture. Though the changing relevance of geographical location might seem to suggest a borderless whole, bland and uniform, our growing ability to connect instantly at a distance fosters the emergence of communities and aesthetic shifts born of similarities deeper than the accident of proximity. To paraphrase the writer William Gibson, cities are our most characteristic technology, having given rise to – and continuing to generate – the technological, social, and aesthetic innovations we now enjoy, but it now seems likely that this mantle has passed to the nascent global village.